*This article contains potential spoilers if you haven’t read Curve.

The storyline around the sexual violence experienced by Cass developed during the process of writing Curve.  I hadn’t started with anything other than the idea of someone posting pictures of a girl on social media; there had been a number of stories about similar events in the news and it had got me thinking about the impact on those involved.  This was going to be very much a sub-plot behind the romance. However, as I was writing and Cass developed as a character that I started to care about, the focus of the novel shifted and now, to me at least, how she deals with what happens to her is more important than her relationship with Flynn.

A key moment during the writing was when I researched the statistics about sexual violence in the UK.  These shocked me so much I felt I had to include them as an Author’s Note.  It horrified me that twenty per cent of women will be the victim of a sexual attack as an adult.  Even more worrying was the idea that almost thirty per cent of these crimes are committed by young men between the ages of 16 and 19.  I hope that Curve shows that a typical, average girl can be a victim, even though she has done nothing to put herself at risk.  Through Rob, I wanted to show that sometimes the perpetrators of these crimes can be young men who are popular and successful.  The issue isn’t just about the stereotypical seedy bloke pulling a scantily-clad, drunk girl into a dark alley.

Once the storyline developed, and I was increasingly emotionally involved with Cass, I knew I needed to portray the attack and its investigation with as much honesty and clarity as possible, but without sensationalising it in any way.  This research was the most harrowing part of writing Curve.  Everything that happens to Cass is factually accurate, based on the UK police and legal system.  I hope that the emotional experience is also accurate.  I read a number of blogs written by women who had experienced similar attacks, as well as some forums.  I am deliberately not using the word ‘victims’ here as many of them were writing online as a way of showing their strength in moving forwards after such attacks.  I read much that was upsetting, but much more that was inspiring.

Flynn’s love for Cass is a part of her learning to move forwards.  I hope that anyone who finds herself in a similar position to Cass also finds that she has someone as loving and loyal to support her afterwards.

*This article was previously posted on the Bookish Treasures blog 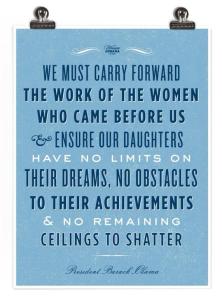 Until then, remember that we all have a role to play in improving equality and girls’ aspirations.